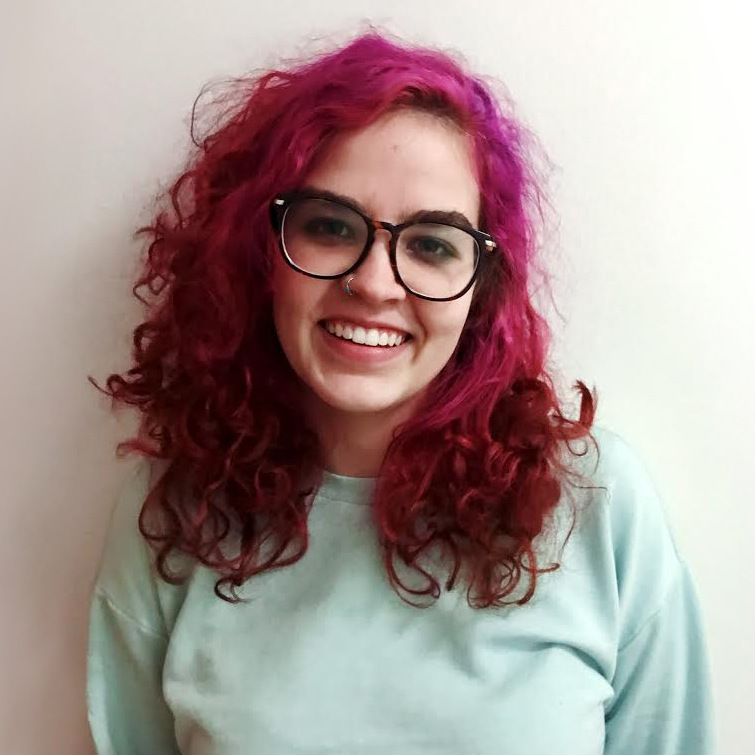 Frankie joined the Laaser Lab in January of 2017, where she investigated the origins of viscoelastic behavior in polyelectrolyte complex coacervates.  Frankie graduated with her MS in chemistry in August 2019, and is now teaching at Pittsburgh’s City Charter High School.

The composition dependence of the phase behavior and viscoelasticity of polyelectrolyte complex coacervates was investigated in a series of model acrylamide copolymers with varying charge density and nonionic comonomer hydrophobicity. The polymers, which were prepared by postpolymerization functionalization of poly(N-acryloxy succinimide), were prepared with charged tertiary amine or carboxylic acid side chains on between 60 and 100% of the monomers, with the balance composed of either hydrophilic (acrylamide) or hydrophobic (butyl acrylamide) functional groups. Characterization by optical turbidity and small-amplitude oscillatory shear rheology revealed that as the charge density of the polymers decreased, the transition salt concentration and concentration of polymer in the coacervates also decreased, while the relaxation dynamics sped up. Interestingly, these properties depended strongly on the charge density but were relatively insensitive to the hydrophobicity of the nonionic comonomer. This counterintuitive result, which we attribute to the relatively weak potential of mean force for the interaction of short hydrated alkyl chains, suggests that choosing hydrophobic groups with relatively strong interactions will be critical for designing coacervates with targeted material properties.